Superdong Phu Quy I high-speed craft is currently operating on Phan Thiet – Phu Quy route with a capacity of 306 people / ferry with the right equipments and features to make the journey easier for tourists, giving tourists a sense of comfort while traveling as well as limiting motion sickness for tourists.

Total investment capital for Phu Quy I high-speed crafts are about USD 2 million, meet the international standard, ships are built 100% new and imported from Malaysia. The ferry has a speed of 26-28 nautical miles, all compartments are equipped with air conditioning, comfortable seats, LCD TV, toilet and VIP compartment, music and movie viewing system to help passengers relax throughout the journey. Each ship has a mini bar to serve snacks and drinks…

Superdong can run in the wind of level 7, is equipped with buoys, personal life jackets, flares, information equipment… to ensure the highest maritime safety for passengers. The average speed of the train is 26-28 nautical miles / hour,  the ferry runs about 2 hours and 30 minutes on Phan Thiet – Phu Quy route. 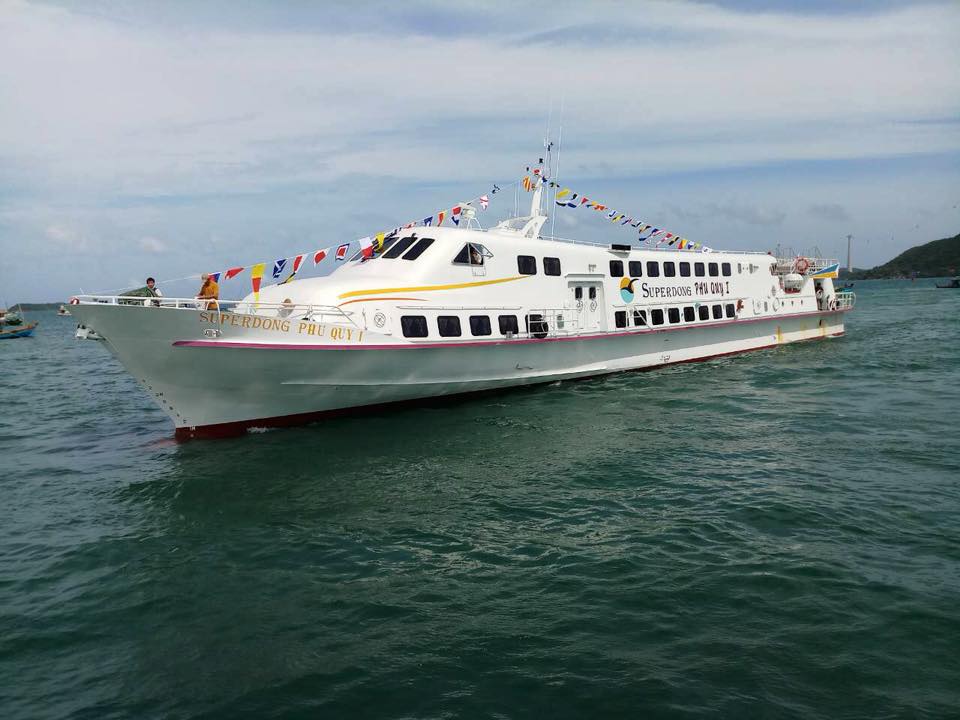